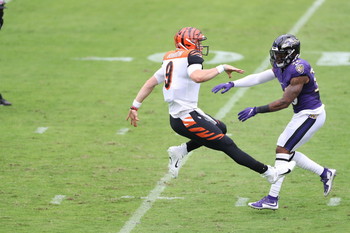 In a recent interview with Sports Illustrated & All Bengals Staff, Bengals legend Anthony Munoz weighed in on who he would draft if the team allowed him to make the selection for the No.5 pick in the upcoming NFL Draft:

“If they said ‘Anthony, we’re going to allow you to make this first pick, the No. 5 pick,’ I would be pretty excited,” Muñoz said. “Even though he’s been a nemesis to my [USC] Trojans I would have to go with the guy from Eugene, Oregon with Penei (Sewell). I’ve watch him several times. I think having signed Riley Reiff, you got Jonah, you got Hopkins coming back, you got Su’a-Filo. And now you add Penei to the mix—I think if my name was Joe Burrow I’d be pretty happy.”

The Bengals have been trying to tune up the O-Line for years now and it’s obvious that Munoz knows better than anyone how important it is to be strong up front.

Munoz also shared his thoughts on the Bengals announcing their team Ring of Honor and how he feels being selected as one of the first four names to be inducted.

Check out the full article from Sports Illustrated/AllBengals: CLICK HERE

The legend weighs in on Chase vs Sewell!https://t.co/WGRm2TP9Ia