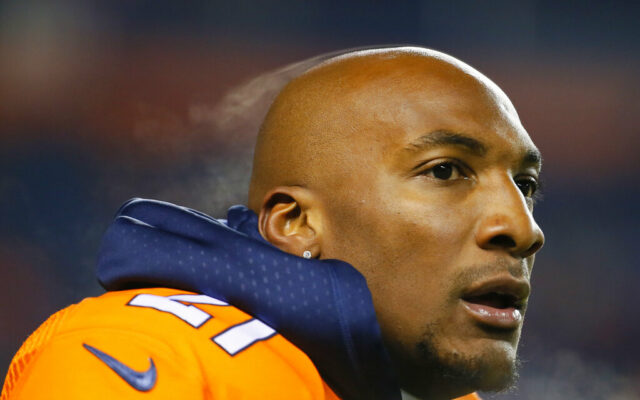 Denver Broncos cornerback Aqib Talib (21) warms up prior to an NFL football game against the Cincinnati Bengals, Monday, Dec. 28, 2015, in Denver. (AP Photo/Jack Dempsey)
Aqib Talib Leaves Amazon NFL Crew After Brother’s Arrest Aqib Talib is leaving his new job with Amazon’s Thursday Night Football crew in the wake of his brother’s arrest in a fatal shooting. Last week, Talib’s brother Yaqub was arrested in connection with the shooting death of youth football coach Mike Hickman during a game in Lancaster, Texas. Aqib and Yaqub were both coaching the opposing team at the time of the shooting.  Aquib’s lawyer has confirmed that he was present at the game and is “distraught and devastated over this terrible loss of life”. Talib was a five-time Pro Bowler during his playing career and joined Fox Sports as a broadcaster after retiring in 2020.  He was hired by Amazon in July. Was this the right move by Talib?  Would Amazon allow him back?