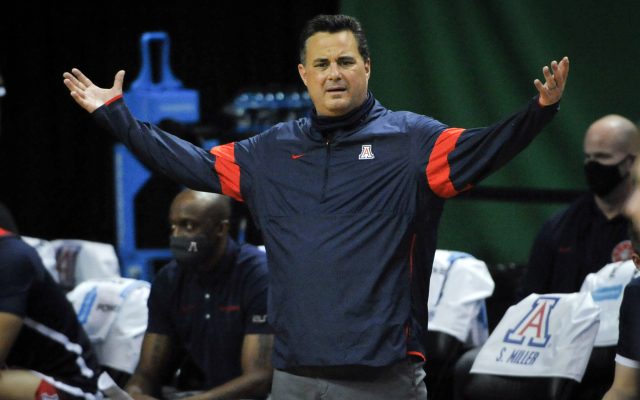 FILE - Arizona head coach Sean Miller questions a call during the second half of an NCAA college basketball game against Arizona in Eugene, Ore., in this Monday, March 1, 2021, file photo. Arizona has parted ways with men's basketball coach Sean Miller as the program awaits its fate in an NCAA infractions investigation, a person with knowledge of the situation told The Associated Press. The person told the AP on condition of anonymity Wednesday, April 7, 2021, because no official announcement has been made. (AP Photo/Andy Nelson, File)
Arizona basketball coach Sean Miller out after 12 seasons with the Wildcats