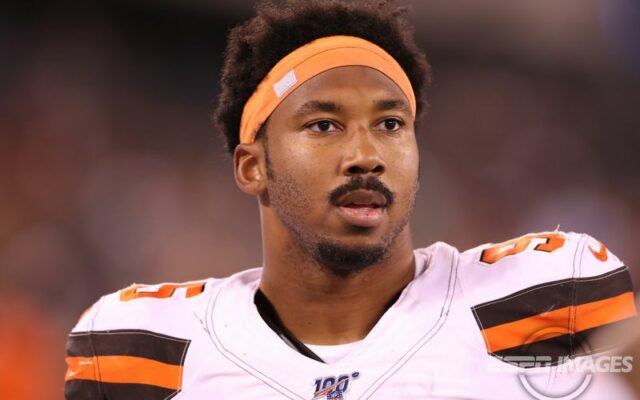 The Cleveland Browns have been one of the most talked about teams in the NFL this season – Not all for the right reasons of course. The controversial decision made by the Browns to sign Deshaun Watson back in March has dominated the headlines all season long and just when you think the chatter will slow down, the results on the field bring about more criticism.

Cleveland is coming off of a loss in their home finale against the New Orleans Saints. The loss eliminated the Cleveland Browns from playoff contention with two regular season games remaining.

Regardless of the outcome for the Cleveland Browns in the final two games, head coach Kevin Stefanski will finish with a losing record for the second straight season. Since leading the Browns to the playoffs and winning NFL Coach of the Year honors in 2020, the Browns have gone 14-18 since, missing the playoff both seasons.

Many Browns fans are growing weary of the current head coach and have many wondering just how hot the seat is for Stefanski. The one thing Stefanski does have going for him is the support from some of the most important players on the roster, including Deshaun Watson.

#Browns Deshaun Watson on Kevin Stefanski: “We all trust Kevin, we love Kevin, we support Kevin, we respect Kevin…we’re going to continue to build that trust and build that chemistry and look forward to the future.” pic.twitter.com/Pd773J1PAm

#Browns Joel Bitonio on Kevin Stefanski: “I think he’s the man for the job for sure.”

The Cleveland Browns have two games remaining on the regular season – Both on the road. They will be at Washington to take on the Commanders this Sunday and then close out the season at AFC North rival the Pittsburg Steelers on Sunday January 8th.