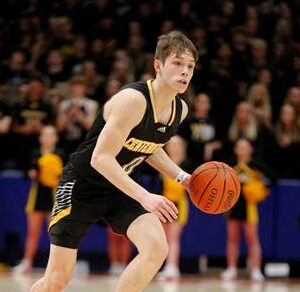 Centerville High School and the Ohio High School Athletic Association will hold a ceremony at 3 p.m. Wednesday to present the award to Cupps in the Centerville gymnasium. Media are invited to attend.

Cupps helped lead Centerville to 45 consecutive wins, which included a state championship in 2021 and a state runner-up finish two weeks ago. This season he averaged 14.3 points per game, 6.8 assists, 2.5 rebounds and 2 steals. He has committed to play basketball at Indiana University.

Now in its 35th year, the prestigious award was first given by the Associated Press in 1988. It has been voted by the Ohio Prep Sportswriters Association since 2017.