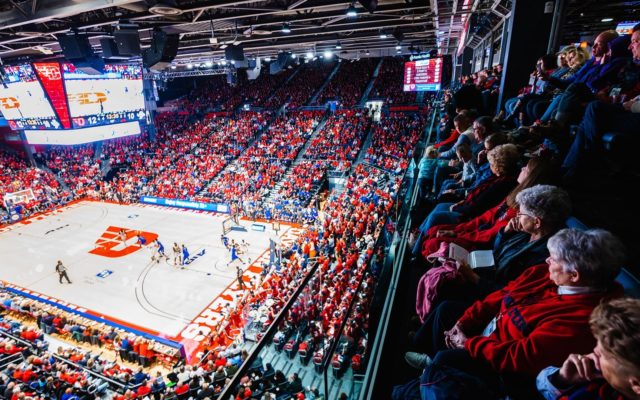 The Dayton Flyers have made headlines in previous weeks due to players transferring out of the program. Names like Rodney Chatman and Luke Frazier left the Flyers by entering the transfer portal just days following the Flyers first round NIT exit.

Now it’s time for the Flyers to make a splash in the portal by plugging holes in their roster which is what the Flyers and Anthony Grant just accomplished by landing Sophomore transfer Toumani Camara – Forward from the Georgia Bulldogs.

Toumani Camara will have three years of eligibility remaining thanks to this past season not counting towards all players eligibility.

Camara was big for the Georgia Bulldogs his sophomore season as he led the team in rebounding and blocks – Along with his 7 rebounds and a block per game, Camara averaged just over 12 points per game as well. He will be a perfect addition to a roster that has talented freshman coming in but a veteran presence will be crucial for the Flyers success next season. Camara brings the experience that the Flyers will desperately need.