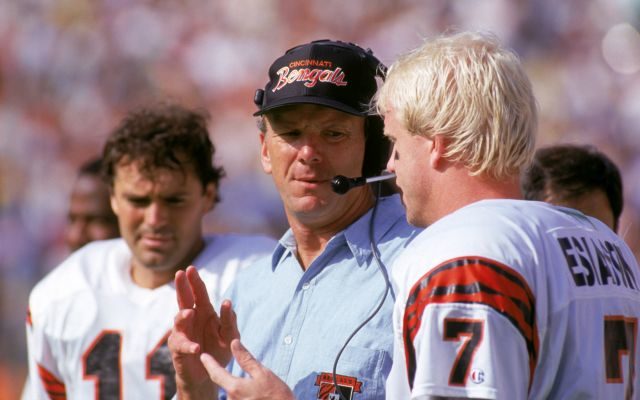 ANAHEIM, CA - OCTOBER 7: Head coach Sam Wyche of the Cincinnati Bengals talks to his quarterback Boomer Esiason #7 on the sidelines during a game against the Los Angeles Rams at the Anaheim Stadium on October 7, 1990 in Anaheim, California. The Bengals won 34-31. (Photo by George Rose/Getty Images)

Former Cincinnati Bengals head coach Sam Wyche has died at the age of 74 from melanoma.

Wyche was hired by the Bengals in 1984 and remained in Cincinnati through 1991.
Read more about Sam Wyche >>HERE<<