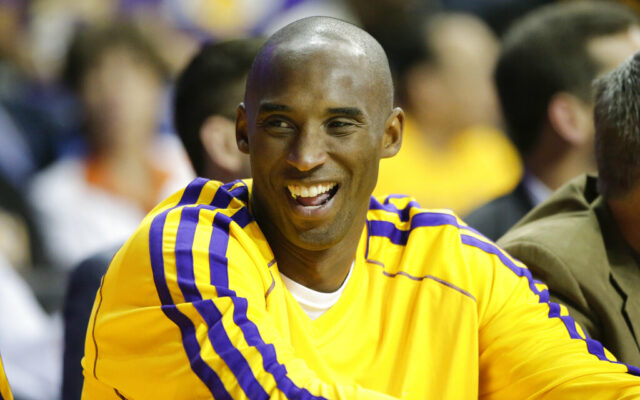 Los Angeles Lakers' Kobe Bryant smiles in the first half of an NBA preseason basketball game against the Denver Nuggets on Tuesday, Oct. 8, 2013, in Ontario, Calif. (AP Photo/Jae C. Hong)

Kobe Bryant Jersey Sells For $2.73 Million A jersey worn by Kobe Bryant during his rookie season just auctioned for a whopping $2.74 million. The No. 8 jersey was worn by Bryant during the 1997 playoffs, when the Lakers were eliminated by the Utah Jazz in the second round. Twenty-six people placed bids on the jersey.  The buyer’s identity has not been made public The value of Kobe Bryant memorabilia has skyrocketed since the Hall of Famer’s death in 2020. Why are we seeing all these record-setting auctions for sports memorabilia?