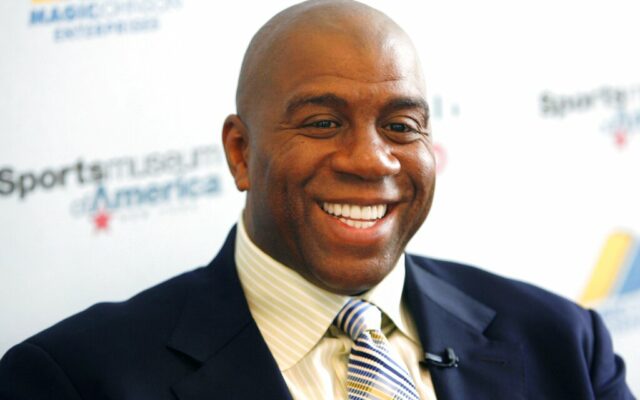 Basketball legend turned entrepreneur Magic Johnson tours the Sports Museum of America in New York, Friday, Nov. 21, 2008. Johnson was there to promote his new book, "32 Ways to be a Champion in Business". (AP Photo/Seth Wenig)

Magic Johnson Shuts Down False Story About Him Donating Blood A parody account posted a photo of Magic Johnson. The photo is a screen shot from the 2012 documentary, Endgame: AIDS in Black America showing Magic getting his blood routinely drawn at a doctor’s appointment-NOT donating blood The account captioned the photo, earlier today, NBA legend Magic Johnson donated some of his blood to the Red Cross to help underprivileged communities help fight Covid. The tweet went viral with some people knowing that the content from that site is parody. Others thought it was real. Magic tweeted, I’m aware of the false story circling the internet and to be clear, I have never donated blood. Should there be real, legal consequences when people post completely fake stories about other people?