Marty Brennaman to be inducted into Reds Hall of Fame

Brennaman was selected as the sole inductee for the Class of 2020 by the Reds Hall of Fame Board of Directors.

“Our Board of Directors felt strongly that Marty’s 46-years as the Reds play-by-play announcer along with his efforts supporting the communities throughout Reds Country, and his extensive list of awards and accolades was indeed extraordinary and deserving of his election to the Reds Hall of Fame,” said Rick Walls, Reds Hall of Fame Executive Director.

Next year’s Reds Hall of Fame Induction Weekend presented by PNC Bank will include an on-field induction ceremony on Saturday, April 25 prior to the Reds vs. Arizona Diamondbacks game.

The 2020 Reds Hall of Fame Induction Gala presented by Clark Schaefer Hackett is scheduled for the evening of Sunday, April 26.

Brennaman, who will retire at the end of the season, will be the first broadcaster inducted into the Reds Hall of Fame, bringing the Hall’s membership ranks to 90 including 81 players, five managers and three executives.

“Marty Brennaman’s voice is virtually inseparable from the 46 years of Reds’ history immortalized through his calls,” said Bob Castellini, Reds CEO. “Marty’s talent has greatly contributed to the vitality of this franchise, making this a well-deserved honor for him.”

Visit reds.com/Marty for more information on giveaways and activities.

Brennaman received the Ford C. Frick Award on July 23, 2000, in ceremonies at the National Baseball Hall of Fame in Cooperstown, New York. The award is presented each year by the Hall of Fame to a broadcaster “for major contributions to the game of baseball.” Brennaman, Red Barber (WSAI, 1934-1938), Al Helfer (WSAI, 1935-36) and Russ Hodges (WFBE, 1932) are the only Reds announcers ever to receive the Hall of Fame’s prestigious broadcasting award.

About the Reds Hall of Fame & Museum presented by Dinsmore

Driven by a mission to celebrate greatness, preserve history and provide inspiration, the Reds Hall of Fame & Museum at Great American Ball Park is the place where the story of Reds baseball comes alive each day. The newly renovated Museum features 16,000 square feet of historical, interactive and educational exhibits, highlighting the rich and storied tradition of the Reds for fans of all ages. Since its inception in 1958, 89 players, managers and executives have been honored with induction into the Reds Hall of Fame. Plan your visit at RedsMuseum.org. 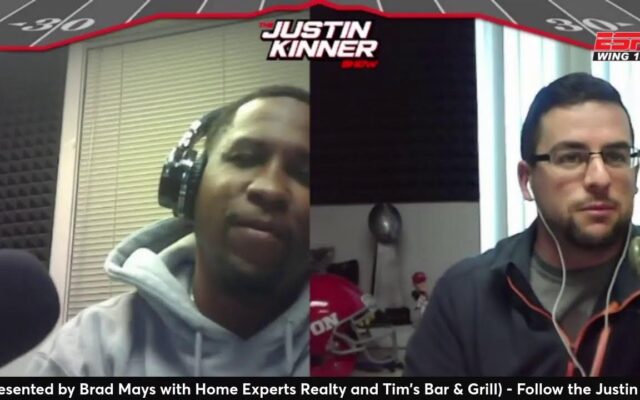