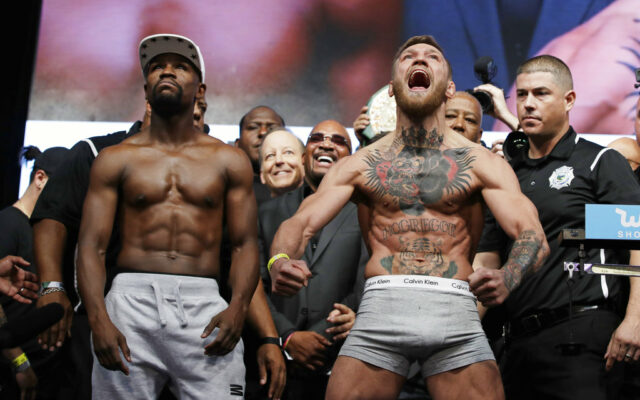 A rematch between Floyd Mayweather and Conor McGregor might be happening sometime next year. Mayweather told the Daily Mail that the fight would happen in 2023 – though he wasn’t sure if it would be “an exhibition or a real fight”.

The original 2017 match ended in a 10th-round TKO by Mayweather.  It’s also the last time Floyd has set foot in a boxing ring – a streak that will end this weekend when he takes on MMA star Mikuru Asakura in Japan.

Do you think the rematch will happen?  Could Mayweather still win an actual competitive boxing match at this point in his career?