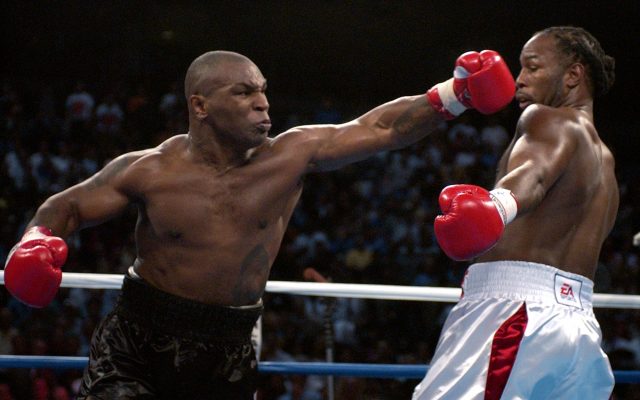 Lennox Lewis falls away from a Mike Tyson punch during the first round of their WBC/IBF heavyweight championship bout at The Pyramid in Memphis, Tenn., Saturday, June 8, 2002. (AP Photo/Mark J. Terrill)

Mike Tyson’s next opponent might just be Lennox Lewis, not Evander Holyfield.  While no official announcement has been made, Tyson told TMZ Sports that he’ll be fighting Lewis in September.  Tyson and Lewis fought one time in 2002, a knockout win for Lewis – after which Tyson predicted he would “fade into Bolivian”. Believe it or not, the 54-year-old Tyson is actually one year younger than the 55-year-old Lewis.
Do you think this fight will actually happen? Should it?