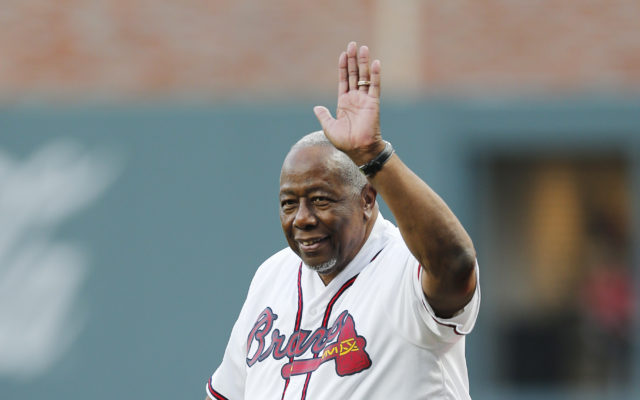 Former Atlanta Braves' Hank Aaron is honored during a ceremony before a baseball game between the Braves and the San Diego Padres in Atlanta, Friday, April 14, 2017. The Braves are playing their first regular-season game in SunTrust Park, the new suburban stadium that replaced Turner Field. (AP Photo/John Bazemore)

Hank Aaron Dies At 86 Hall of Famer and longtime ‘Home Run King’ Hank Aaron has died at the age of 86. Aaron is one of the greatest players in MLB history, breaking Babe Ruth’s home run record in 1974 and hitting a record 755 homers during his 23-year MLB career.  He still holds the all-time MLB record for RBIs and total bases, and ranks third in hits. Aaron was also a key figure in the civil rights era and often received death threats from racist fans as he approached Babe Ruth’s record. He remained a major presence in Atlanta and recently took the COVID-19 vaccine, hoping to set an example for the city’s black population. Was Aaron the greatest MLB player ever?  Will his RBI record ever be broken?