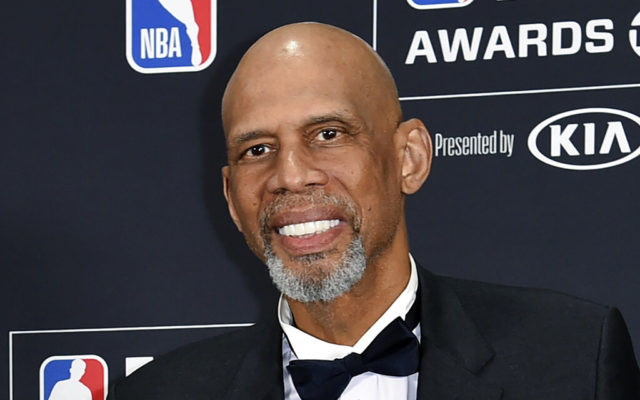 FILE - Kareem Abdul-Jabbar poses in the press room at the NBA Awards in Santa Monica, Calif. on June 25, 2018. The NBA legend serves as an executive producer and narrator of the one-hour documentary “Fight the Power: The Movements That Changed America,” which airs June 19 on the History Channel. (Photo by Richard Shotwell/Invision/AP, File)

NBA Legend Kareem Abdul-Jabbar says Unvaccinated Players Should be Cut Basketball legend Kareem Abdul-Jabbar has come up with a suggestion for stopping the coronavirus from spreading in the NBA: Get rid of the players who refuse to get vaccinated. “The NBA should insist that all players and staff are vaccinated or remove them from the team,” the Hall of Famer says. “There is no room for players who are willing to risk the health and lives of their teammates, the staff and the fans simply because they are unable to grasp the seriousness of the situation or do the necessary research.” Although the league doesn’t require players to get vaccinated, Abdul-Jabbar says the “arrogance” of anti-vaxxers make them poor team players to begin with. “What I find especially disingenuous about the vaccine deniers is their arrogance at disbelieving immunology and other medical experts,” he says. “Yet, if their child was sick or they themselves needed emergency medical treatment, how quickly would they do exactly what those same experts told them to do?” Why doesn’t the NBA require vaccinations?

NAACP calls on athletes not to sign with Texas teams over voting, abortion laws