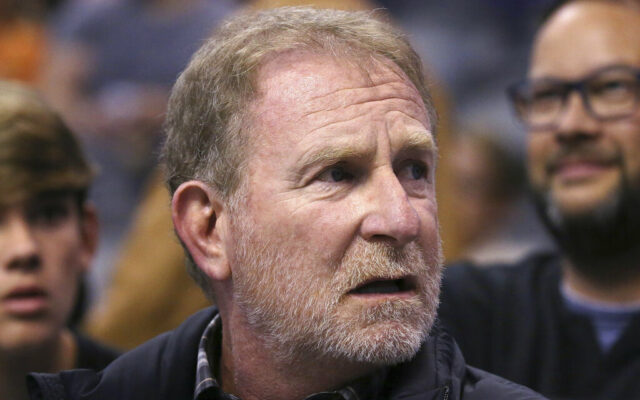 FILE - In this Dec. 11, 2019, file photo, Phoenix Suns owner Robert Sarver watches the team play against the Memphis Grizzlies during the second half of an NBA basketball game in Phoenix. The Suns released a statement regarding a potential media investigation into the workplace culture of the franchise, denying that the organization or Sarver has a history of racism or sexism. The statement sent Friday, Oct. 22, 2021, said the organization is aware that ESPN is working on a story accusing the organization of misconduct on a “variety of topics.” The Suns responded by saying they were “completely baseless claims” and “documentary evidence in our possession and eyewitness accounts directly contradict the reporter’s accusations, and we are preparing our response to his questions.” (AP Photo/Ross D. Franklin, File)

Suns Owner Responds to Allegations of Racist, Sexist Behavior Suns owner Robert Sarver says he “welcomes” the NBA’s investigation into a report that accuses him of using the N-word and sexually harassing female employees, among other things. “I continue to be shocked by the false reporting from Baxter Holmes,” Sarver says, referring to the ESPN reporter who broke the story. “While there is so much that is inaccurate and misleading in this story that I hardly know where to begin, let me be clear:  The N-word is not part of my vocabulary.” He goes on to blame former Suns coach Earl Watson for “creating an unprofessional and toxic atmosphere in our organization.” Sarver’s comments came just hours after the NBA launched an investigation into his alleged behavior, saying in a statement, “Once the investigation is completed, its findings will provide the basis for any league action.” Regardless of the investigation’s outcome, will Sarver be branded as a racist from this point forward?