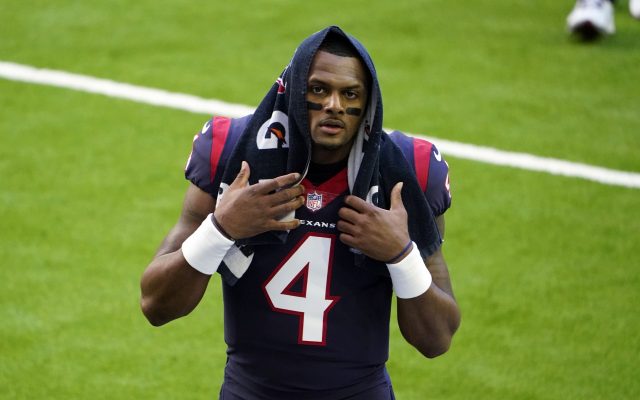 FILE - In this Jan. 3, 2021, file photo, Houston Texans quarterback Deshaun Watson walks off the field before the team's NFL football game against the Tennessee Titans in Houston. Watson, who is accused of sexual assault and harassment in lawsuits filed by 21 women, is being investigated by police after a report was filed regarding the NFL player, officials said Friday, April 2. In a tweet Friday, the Houston Police Department said a complainant had filed a report with the agency about Watson. (AP Photo/Eric Christian Smith, File)

Nike Suspends Deshaun Watson Endorsement Nike has suspended its endorsement deal with Deshaun Watson due to the recent allegations of sexual harassment and assault. In a statement, the company said it was “deeply concerned by the disturbing allegations” and will “continue to closely monitor the situation”. Watson’s deal with Nike goes back to 2017,  before the former Clemson star was drafted by the Texans. He’s currently facing a total of 22 civil lawsuits alleging sexual misconduct and assault.  This week, two of his accusers came forward publicly. If the controversy surrounding Watson continues into the season, how should the NFL and the Texans respond?