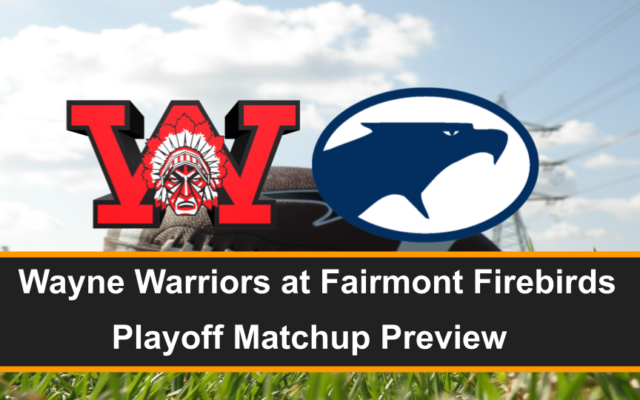 The Fairmont Firebirds and the Wayne Warriors are two of the six playoff teams out of the Greater Western Ohio Conference. The Firebirds and Warriors are also each others opponent for their opening round playoff game on Friday night at Roush Stadium in Kettering with a 7pm kickoff.

The Firebirds will host the first round playoff matchup as head coach Dave Miller and his team finished the season with a 7-3 record and clinched the 7-seed out of Division 1 Region 2. The top 8 teams in each region host their first round matchups. It will be the first time in Fairmont Firebird history that they will host a playoff game.

The path is set in front of us. A new season starts now.

For the first time in school history, the Firebirds will HOST a home playoff game.

Buy your tickets EARLY to ensure you’re there to support our athletes!

The Wayne Warriors finished at 6-4 overall and are the 10-seed out of Division 1 Region 2. This will be a week 8 rematch between the two GWOC rivals. The Fairmont Firebirds were able to escape with a narrow 26-21 road win that came down to the final moments. This will be the first ever post season meeting between both programs.