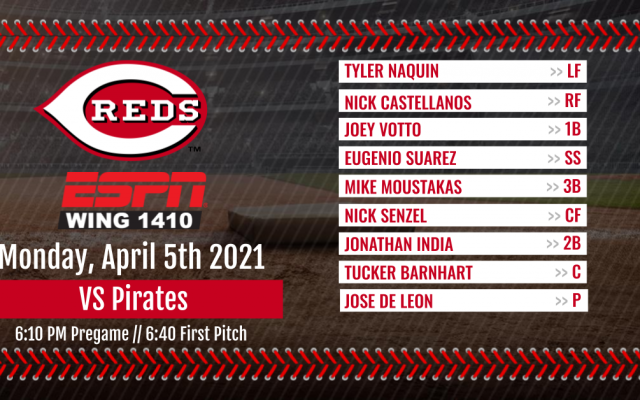 The Cincinnati Reds took two of the three games in their Season Opening series with the St. Louis Cardinals which has caught the attention of a lot of fans and media members around the league.

The 2020 Reds were statistically one of the worst hitting and run producing teams despite getting to the playoffs for the first time since 2013. It’s only three games but the Reds have already surpassed their offensive production from last season by scoring 27  runs in their first three games. The Reds are also hitting .291 collectively to go along with their 27 homeruns as compared to a year ago when the Reds hit a league worst .212.

Tune in tonight at 6:40pm as the Reds look to keep their hot bats going as they welcome in the Pittsburg Pirates for the first time this season.