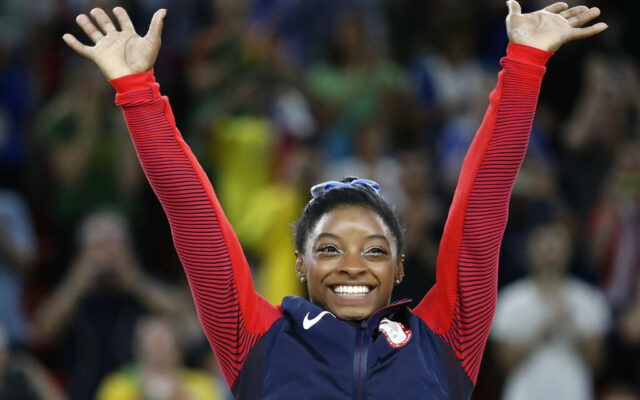 Simone Biles Was Mistaken For A Child, Offered A Coloring Book During Flight A funny thing happened to Simone Biles on the way to the White House. The record-breaking gymnast told a story on Instagram about being mistaken for a child during her flight to Washington D.C. last week. She said the flight attendant tried to “give me a coloring book when I board… I said “no I’m good I’m 25”. Apparently other flight crew members did manage to recognize one of the most famous athletes in the world: “The other flight attendant gave me a mimosa so we’re in the clear”. Have you ever shared a plane with someone famous?