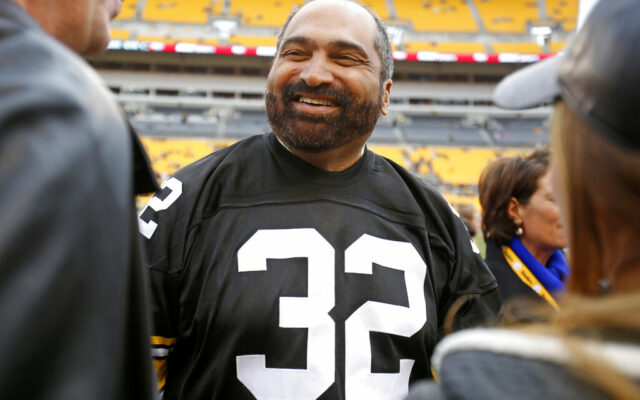 Legendary Steelers running back and Pro Football Hall of Famer Franco Harris is dead. Harris’ death has been confirmed to several news outlets by his family.

We are saddened to share the news that Pro Football Hall of Famer Franco Harris has passed away at age 72. #HOFForever More info: https://t.co/s53OU0Ryhe pic.twitter.com/insXLT37L9

The four-time Super Bowl champion and 9-time Pro Bowler was drafted by the Steelers with the 13th overall pick in 1972 after playing for Joe Paterno at Penn State. Harris became part of history forever with his ‘Immaculate Reception’ at Three Rivers Stadium in the Divisional Round of the 1972 playoffs.

Legendary Steelers RB Franco Harris, author of the “Immaculate Reception” – one of the greatest plays in NFL history – has passed away at the age of 72.

A 4-time Super Bowl champion, Hall of Fame player and revered individual by so many.

What sports loss has affected you the most in your life?