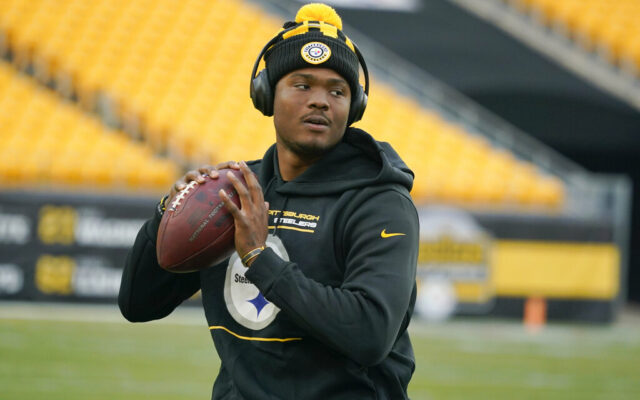 Steelers Will Wear No. 3 Sticker In Memory Of Dwayne Haskins The Steelers will be paying tribute to their former teammate Dwayne Haskins this season. The team announced on Friday that it will add a No. 3 sticker to the back of its helmets in Haskins’ honor. Haskins died in April after he was hit by a dump truck while walking along a Florida highway.  He played with the Steelers in 2021 after spending two years in Washington. Could Haskins have been the Steelers’ starting quarterback this year if not for his tragic death?