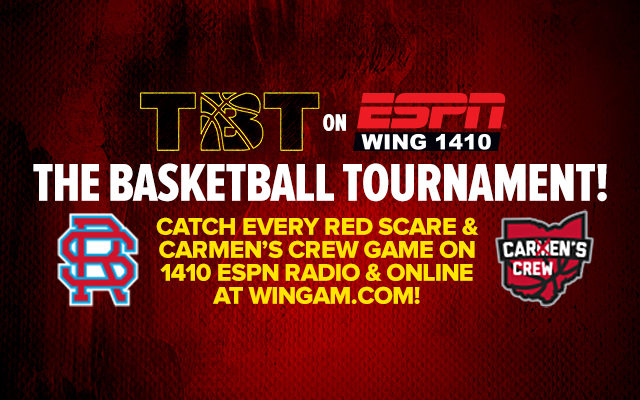 Support the Dayton Flyers and the Ohio State Buckeyes alumni basketball teams as they compete in The Basketball Tournament (TBT) that tips off on July 4th.

ESPN 1410 WING-AM will carry all Red Scare & Carmen’s Crew games through out the length of the tournament – All games will also be made available through the stream right here at www.wingam.com.

When the TBT tips off on July 4th, the games will be the first live basketball games in the country since COVID-19 stopped the sports world in its tracks back in March. This will be the second consecutive TBT appearance for the Red Scare as they were knocked out by Carmen’s Crew in last years Tournament who would then later go on to win the Championship.

If both the Red Scare & Carmen’s crew pick up wins in their first game on July 8th, that will set up a rematch from last summer two days later on Friday, July 10th.

** Winners from both games will square off on Friday July, 8th at either 2pm or 4pm