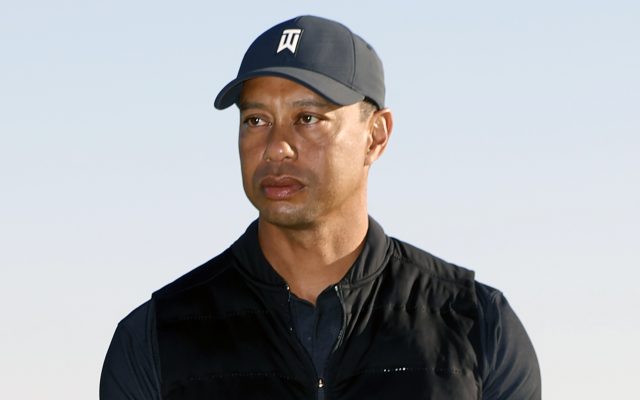 FILE - In this Feb. 21, 2021, file photo, Tiger Woods looks on during the trophy ceremony on the practice green after the final round of the Genesis Invitational golf tournament at Riviera Country Club, in the Pacific Palisades area of Los Angeles. Authorities said Wednesday, April 7, Woods was speeding when he crashed leaving him seriously injured. (AP Photo/Ryan Kang, File)

Tiger Woods Thought He Was In Florida After Crash Some more details have emerged about Tiger Woods’ car crash – and they don’t look great for Tiger. According to a new report from the L.A. County Sheriff’s Department, an empty pill bottle was found in a backpack in Woods’ vehicle. Police also say Woods was disoriented and thought he was in Florida when he was interviewed by an officer in the hospital after the crash. Woods was estimated to be traveling more than 84 miles per hour in a 45 mph zone at the time of the crash.  At least one officer suspects that Woods was asleep or unconcious at the time of the crash. Do you think Woods will face any charges in connection to the crash?

Novak Djokovic could be barred from playing in French Open

Beijing 2022 Olympics: Tickets won't be sold to public due to COVID-19

22 hours ago
Connect With Us Listen To Us On