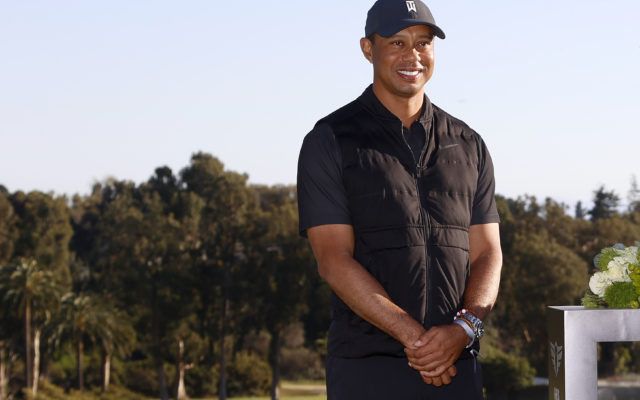 Tiger Woods smiles during the trophy ceremony on the practice green after the final round of the Genesis Invitational golf tournament at Riviera Country Club, Sunday, Feb. 21, 2021, in the Pacific Palisades area of Los Angeles. (AP Photo/Ryan Kang)

Update: Woods Undergoing Leg Surgery After Accident Tiger Woods is undergoing leg surgery following a car accident Tuesday morning in L.A. County. Tiger’s agent Mark Steinberg confirmed the golfer suffered ‘multiple leg injuries’ and was in surgery.  CNN’s Ana Cabrera reported that the injuries were “moderate to critical”. Woods had to be rescued with the jaws of life after his vehicle rolled over and suffered major damage.  He was the only person in the car and no other vehicles were involved. Will this be the end of Tiger’s pro golf career?