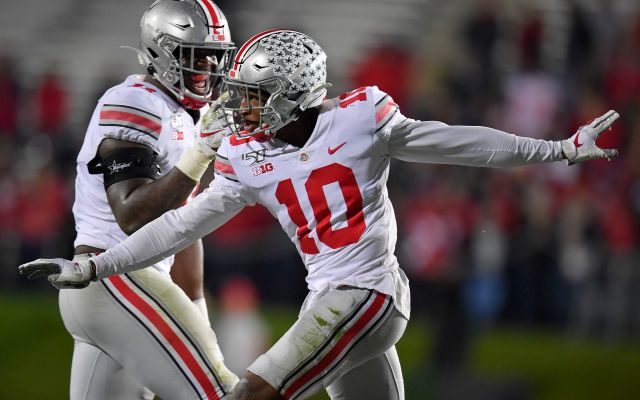 EVANSTON, ILLINOIS - OCTOBER 18: Amir Riep #10 of the Ohio State Buckeyes celebrates after his interception in the second half against the Northwestern Wildcats at Ryan Field on October 18, 2019 in Evanston, Illinois. (Photo by Quinn Harris/Getty Images)

Warrants were issued for the arrest of Amir Riep and Jahsen Wint on Tuesday.  Both Riep and Wint were in custody and both are charged with rape and kidnapping.

According to ElevenWarriors.com, which reported the news and obtained a copy of the police complaint against Riep and Went, the pair forced a female into nonconsensual sexual acts on the night of Feb. 4.

A university spokesman said that they have been suspended from all activities involving the football program.