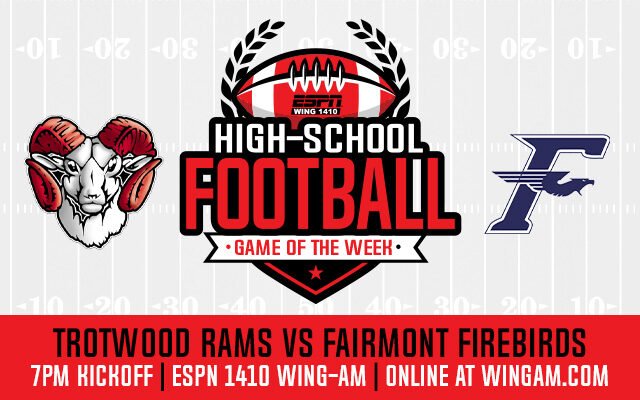 The Trotwood Rams will host the Fairmont Firebirds this Friday night at 7pm as the ESPN Dayton High School Football Game of the Week on 1410 WING-AM radio.

The Fairmont Firebirds (1-0) are coming off of a huge week 1 win over cross town rival the Alter Knights 31-7. The Firebirds were led by star running back Drew Baker who rushed for 202 yards and two touchdowns on 29 carries. The Firebirds shut out the Rams in dominating fashion 35-0 back in week 2 of 2021.

The Trotwood Rams (0-1) are looking to rebound following a tough season opening loss 39-16 vs Winton Woods – Despite the week 1 loss and the blow out loss vs the Fairmont Firebirds a season ago, the Rams will be a lot tougher of an opponent for the Firebirds as they are another year older and led by star junior quarterback Timothy Carpenter.

You can stream the game right here at wingam.com