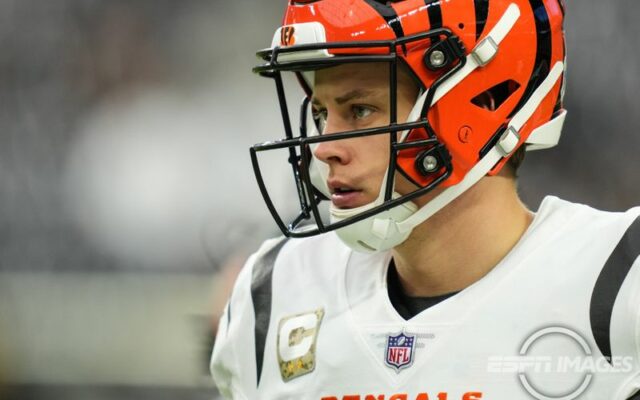 The NFL trade deadline has come and gone and now all eyes are set on the second half of the season. The two teams that garner the most attention here in the Miami Valley, The Cleveland Browns and the Cincinnati Bengals, both were silent as the deadline past Tuesday afternoon.

So what message did the Browns and Bengals send their fan base following the deadline? Let’s take a look.

The Bengals are 4-4 at the half way point of the season and 0-3 in the division. Although it may not be the deepest hole to be in compared to others, the challenge of digging out may be a little tougher due to the onslaught of injuries that have hindered the Bengals as of late. They’ll be with out their top wide out Ja’Marr Chase for the next 4-6 weeks and their best defensive back Chidobe Awuzie suffered a season ending injury in the Monday Night Football loss against the Browns. The Bengals have also been without one of their top run stuffers on the defensive line in DJ Reader.

When you combine the factors that the talent that’s left along with where they are within the AFC North Standings, the Bengals were an obvious team that should have been active at the deadline. By standing down at the deadline, the message seems to be clear to the fan base that they feel that there is enough left to get them through the rest of the way. Now that message may have been received by the optimistic fans however the not so optimistic of the group could look in even deeper and could be a sign that the front office has thrown in the towel on the rest of the season. The Bengals have done a great job capitalizing on Joe Burrow’s rookie contract window. There is not going to be many years left for them to have a roster this stacked so it is a little confusing as to why they didn’t act with a little more urgency at the deadline.

Source confirms that Bengals CB Chidobe Awuzie suffered a torn right ACL last night against the Browns. Cincinnati loses one of its best defenders for the season. @RapSheet first.

The Cleveland Browns Message To The Fans: “We’ve come this far, why not keep it together a little longer”

The Cleveland Browns have been in the spotlight for all of the wrong reasons since March when they traded for Deshaun Watson who was facing 26 civil lawsuits for sexual assault. Watson is in the midst of serving an 11 game suspension which forced the Browns to have to plan for two different quarterbacks in the 2022 season. The Cleveland Browns are 3-5 and third in the AFC North. Before their blow out win over the Bengals on Monday Night Football, the football world believed that the Browns were spiraling out of control quickly and would most likely be sellers at the deadline.

The win on Monday night showed the front office that there is still some fight left in this team and that is why many believe they decided to hold off on trading running back Kareem Hunt and others. Watson will return to the Browns in four weeks and all the Browns have to do is continue fighting to remain in contention to see if Watson’s return can be what pushes them over the top. The message from the front office to the fans appears to be one of an optimistic gamble. Some say desperate. One would have to believe that had the Browns lost to the Bengals on Monday Night Football, the Browns would have most likely blown it up on Tuesday ahead of the deadline.

Trade deadline has expired, and RB Kareem Hunt remains on the #Browns, per source